LICENSING AND REGULATION OF DISTILLERIES

As per Rule 499 of Assam Excise Rule, 2016, any person desiring to obtain a licence to establish and work a distillery, in any place in Assam, shall apply in writing to the Commissioner of Excise stating the following particulars:

Consideration of application:  As per Rule 500 of Assam Excise Rule, 2016,

(a) On receipt of the application and after consulting the Collector of the district in which the distillery is proposed to be opened regarding the suitability of the site, and buildings, if there be any already, and on any other points, and on receipt of the Collector’s opinion, and after such further enquiry as he may deem necessary, the Excise Commissioner shall decide whether the licence for the opening of the distillery should be granted or not. In deciding whether a licence for the working of a private distillery is to be granted or not, the Excise Commissioner will take into full consideration the purpose for which it is proposed to open the distillery and the demand or necessity for such a distillery.

(c) If the Government sanctions opening of a Distillery in any area, the Excise Commissioner shall take necessary steps to establish the distillery under section 15 of the Assam Excise Act, 2000 and inform the applicant and the Collector of the district in which the distillery is to be opened. He shall also inform the applicant the amount of security to be furnished by him/her for the due performance of the conditions on which a license may be granted to him. The amount of security deposit may be fixed at fifty percent of the Distillery licence fee or more according to the volume of business.

(d) Construction of distillery – Plans: The applicant shall then be called upon to make arrangements for the construction of the distillery. Upon completion of the building and after the still and other appliances and apparatus have been set up, he must file two fresh copies of the plans before the Collector who shall cause them to be verified in any manner he thinks proper, and then submit one copy of the Excise Commissioner for examination and for comparison with the plans first submitted, and for any further verification he may think necessary. After final approval by the Excise Commissioner, a licence will be granted by him to the applicant in the prescribed from in Excise Manual Volume III. The applicant shall be bound to conform to the orders of the Excise Commissioner regarding any addition or alteration to the buildings, stills, vats or other permanent apparatus or plant which he considers necessary whether before or after the final plans are submitted, for the proper security of the revenue or to render illicit practices impracticable.

Payment of licence fee and security deposit and execution of bond:  As per Rule 501 of Assam Excise Rule, 2016, before the licence to work the distillery is granted by the Excise Commissioner, the distiller shall be required to pay in advance licencee fees and the security for the due observance of the conditions of the licence under Rule 500 (c) and shall, execute a bond in the prescribed form pledging the premises, stills and all apparatus and utensils employed in the manufacture of spirit, for the due discharge of all payments which may become due to the State Government by way of duty, fees, rents, fines, penalties or otherwise under the provisions of his licence or to which the distillery may be liable by law or rules or under any engagement or bond into which he may have entered. In lieu of executing such a bond the distiller may deposit such amount as the State Government may direct. The applicant shall require to pay a license fee as prescribed in rule 19(III) of these Rules.

Period for which a licence may be granted or renewed:  As per Rule 502 of Assam Excise Rule, 2016, The licence for a distillery may be granted for any number of years not exceeding 10, as the State Government may decide in each case, subject to annual renewal on satisfactory performance. If the work of the licensee is proved satisfactory throughout the period the licence may be extended beyond 10 years at the discretion of the State Government for a further period not exceeding same number of years on such terms and conditions as may than be decided upon. 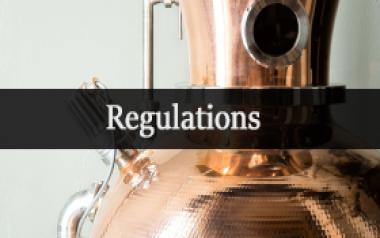